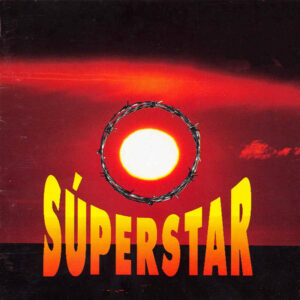 In the early Nineties, there were still parts of the world where Jesus Christ Superstar had yet to make a dent in foreign language adaptations. In the case of Iceland, it was not as though they were ignorant of JCS when it spread through the world 25 years prior as a double album and became one of the world’s most popular rock musicals; indeed, it was a regular staple of smaller theater groups throughout Western Europe. But this did mark the first major Icelandic production, and a particular breath of fresh air to the programming of the Reykjavik City Theatre, which ranked among Iceland’s oldest and most prestigious cultural institutions and had recently moved to a new modern theater complex after over 90 years of performances at an old wooden house in the city center.

In addition to its uniqueness in the City Theatre’s programming, its casting was also unique, pulling in a wide range of popular Icelandic singers from the rock/pop world for the leading roles (among them Stefán Hilmarsson as Judas, Pétur Örn Guðmundsson — whose father had played the same role in a smaller local presentation in the early Seventies — as Jesus, Mattías Mattíasson as Peter, Vilhjálmur Goði as Simon, and Guðrúnu Gunnarsdóttur as Mary), as opposed to those with a theater background, who no doubt filled the twenty-strong ensemble and emerged as top-level talent in their own right. (Indeed, testament to his stardom and success in the part, some of his fans pitched a fit when it was rumored that Páll Óskar Hjálmtýsson was departing the role of Herod later in the run, prompting a special news release to reassure them that he wasn’t going anywhere.)

The benefits of this approach to casting show in the sound of this recording, which was issued by Icelandic label Japis a month in advance of the show’s opening to promote the forthcoming production. In this reviewer’s opinion, it’s a shining example of how best to do JCS with minimal resources — all that is needed to allow the score to sell itself is a good band and some excellent rock-oriented singers. Where the leads do possess more of a theater background (like the gentlemen playing Caiaphas and Annas), they still blend ably with their rock and pop peers.

In mid-July, JCS opened at the City Theatre’s main stage. Directed by Páll Baldvin Baldvinsson (assisted by Árni Pétur Guðjónsson), with choreography by Helena Jónsdóttir, sets and costumes by Elfar Bjarnason, and lighting by Axel Hallkel Jóhannesson, it enjoyed a healthy run. There have been a few further revivals of JCS in the years since, but almost none bore any connection to this production or the album which proceeded from it.