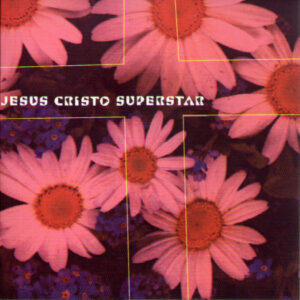 NOTE: Only performers actually featured on the recording are credited. Thus, if you see any differences in this cast list from other lists reported elsewhere (for example, this Facebook post), please note that this is the cast as of recording.

Let us set the scene: it is now 1972. A year ago, Jesus Christ Superstar had just reached Broadway as a spectacular, flamboyant, over-the-top, eye-popping extravaganza. And neither the critics nor Tim Rice and Andrew Lloyd Webber were won over by director Tom O’Horgan’s outrageous sensory-assaulting production. In later years, writing programme notes for a revival, Webber would opine, “Looking back 25 years later, I suppose there were pluses. Because the production was so awful, no production of Superstar in the rest of the world was the same, so I had a baptism of fire by a kaleidoscopic gaggle of directors.” As Rice described the same period in his autobiography, “…it was extremely useful for us all to see other ways it could be done […] Because of the general lack of confidence in the O’Horgan version, all of these were brand new productions, and none bore any resemblance to the Broadway show.”

The Brazilian production was the brainchild of actor/director/producer Altair Lima, the force behind the successful 1969 Brazilian premiere of Hair. Like many who first experienced the concept album in 1970, he was reportedly struck by the use of slang and irreverence to make the Christ story relevant to the modern era, and intrigued by the idea of the last seven days in Jesus’ life being told from Judas’ point of view. In 1971, he slipped in just as plans were being set for the forthcoming West End run in London and scored the rights to present the show in São Paulo. Joined by producing partner Maria Célia Camargo, who would eventually assume the role of Mary Magdalene, he began assembling the cast and creative team.

Tapped to translate was Vinicius “O Poetinha” de Moraes, a former national diplomat and noted Brazilian poet/playwright/essayist/lyricist with a rich background as a bossa nova songwriter and recording artist. Alberto Camarero was engaged to design both sets and costumes, widely regarded as “beautiful” in the recollections of many a cast and audience member. A full orchestra, rare for Brazilian productions of the time, was on hand, led by arranger/pianist João Carlos Pegoraro and conductor Daniel Salinas. The huge cast, many of them veterans of the Meta theater group in Campinas, was selected from auditions that pulled in 700 performers from all over Brazil, including at least one from Rio de Janeiro (Eduardo Conde, who played Jesus).

Cast members recall, however, that once they had been hired, Lima was faced with a unique dilemma: given the kind of show JCS was and the talent it tends to draw, he had unwittingly selected a cast composed partly of singers who didn’t know anything about acting, and partly of actors whose vocal abilities were on the same par as the singers’ acting skills. Some who were cast found themselves moving from their local neighborhoods to São Paulo, where they would stay for about a month in preparation for final callbacks, receiving extensive training in voice (under Paulo Herculano and Samuel Kerr, who would go on to serve as chorus masters), dance and movement (from Aladia Centenaro, who would eventually be replaced as choreographer by Clarice Piovesan), and acting (with Eugênio Kusnet, a Russian-born actor, director, and theater educator based in Brazil). One performer, José Airton Salvanini, even found himself forced to finally make the choice to commit to acting full-time when his day job at Banco do Brasil fired him for missing too much work owing to the chaos of the production schedule.

Rehearsals were conducted during the day; at night, many of the cast members had to report to their current jobs in Hair, no small feat as the post-curtain onstage celebration frequently continued until dawn. In the meantime, the Teatro Aquarius, in the São Paulo neighborhood of Bixiga, was “practically rebuilt,” in the words of cast member Almir Reis, in preparation for the show’s arrival. All was in readiness when the show opened in March 1972. Recalls Reis, “It was a revolutionary spectacle. […] We played to full houses for over a year.” The production proved so successful that it even transferred to the Teatro João Caetano in Rio de Janeiro, where it played a full season. Noteworthy replacements over the length of the run included such performers as Cyro Aguiar, Jonas Bloch (Caiaphas), Dick Danello, Antonio Fagundes (Jesus), Antonio Fernandez (also Jesus), Stênio Garcia, Ney Latorraca (Pilate), and Benê Silva (Judas).

This highlights recording from 1972 is widely regarded in its native country as sadly little known, but great for its documentary value. However, it has received a resurgence in interest in recent years, with Poemoda, a radio program devoted to “the song, verse, and prose,” broadcasting the album on Portugal’s Rádio Zero (which can also be heard in Brazil), with an encore presentation on É-Paraná FM, in 2016 to celebrate Holy Week.