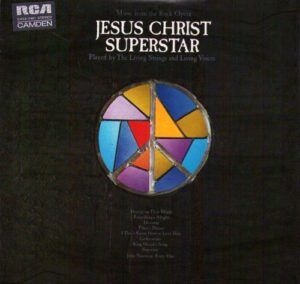 Side 2:
I Don’t Know How To Love Him
Gethsemane
King Herod’s Song
Superstar
John 19:41

Even budget-level classical ensembles were getting in on the act, as this recording proves. Not much more to say about this one, but suffice to say that classical covers of Andrew Lloyd Webber are not to everyone’s taste. Although previously (and frequently) confused with 101 Strings owing to the similarity of styles, this is a different recording altogether.